I got into multirotors about 3 years ago now but finally getting some of my projects posted! Dabbled in large and small, video, fully automated, racers, etc. I have pretty much settled on mini acro quads. Currently have “Frankenstein”, a micro, and will update when I finish my new 3″ “Mini Beast”. I’ve built a handful more than are shown here but unfortunately didn’t get pictures of them. 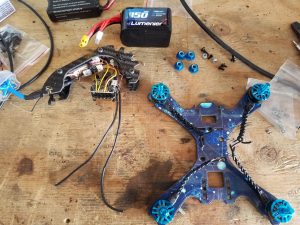 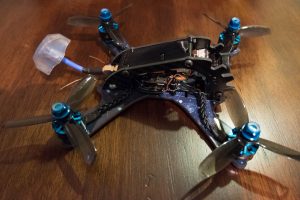 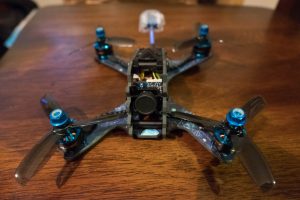 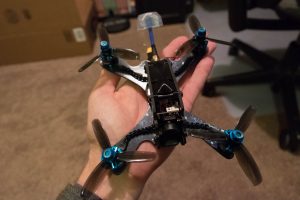 Polaris – March 2018
After building and flying my neighbor’s 3″ (Red Ripper below) I had to have one. I sold the Trifecta/tricopter below and have so far received the new frame (Cerberus Mini). I’ll update when I get more, excited! Frame skin and parts are on the way. I’ll be sure to get at least one pic holding it this time. 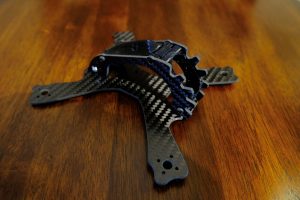 Red Ripper – February 2018
Built this for my neighbor and it’s an absolute blast to fly. A “mini” quadcopter, it’s on a 160mm frame with 3″ props, running a 4s battery, F3 flight controller on Betaflight, it “rips”. I wish I had taken a picture of it on hand to show the size. 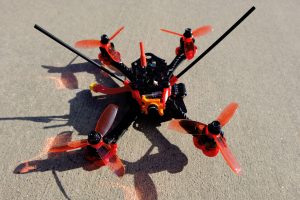 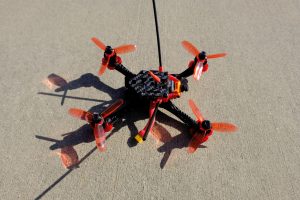 “Frankenstein” – 2017?
Franky, I built him out of leftover parts form about 3 different frames and it’s the best flying one yet! Did some frame trimming and shaping and might have a little more to go, but this one is fast and agile. About a 250mm, 5″ props, F3 flight controller running latest Betaflight. Super low profile and built to run top or bottom battery. 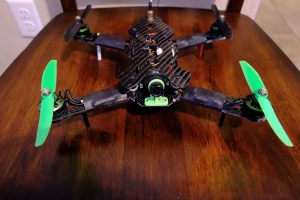 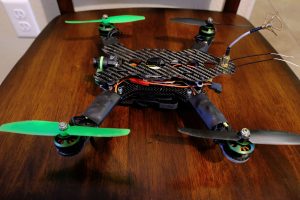 “The Big One” – April 2015
This was something I’ll only do once but was very fun. Built this with the neighbor who funded it. Kongcopter frame, DJI flight controller, gps, etc for fully automated flight, full size camera on gimbal. 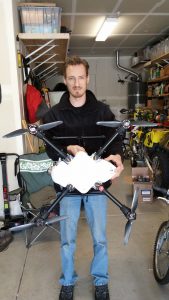 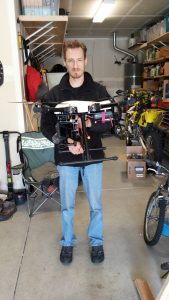 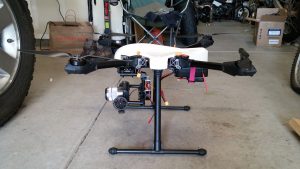 Acro Tricopter – April 2015
This one was crammed, and somewhat difficult to setup a servo for yaw correctly, but very fun to fly. Very agile. Quanum Trifecta frame, Naze32 board. Shortly after this I stopped trying to cram gps into these smaller multirotors. 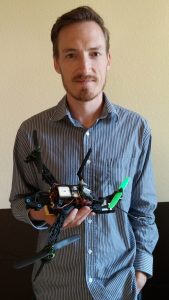 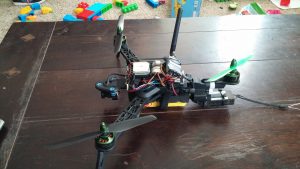 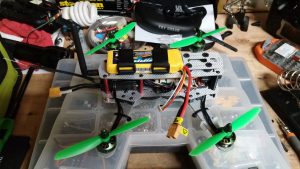 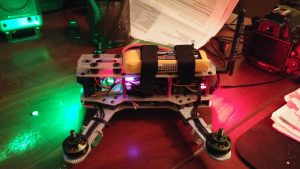 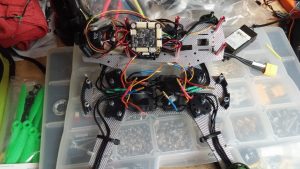 My first – ~February 2015
This was a 450mm frame, ran Multiwii with GPS. Later upgraded to an APM. This was fully automated, could give it a “mission” and let it fly on it’s own without transmitter of so chosen. 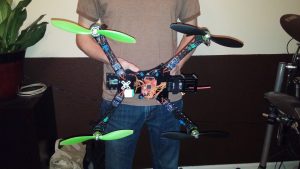 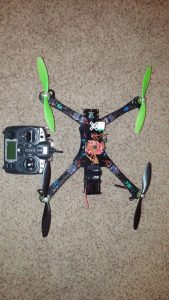 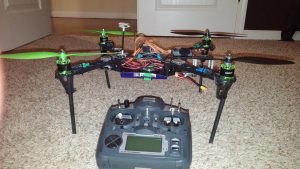